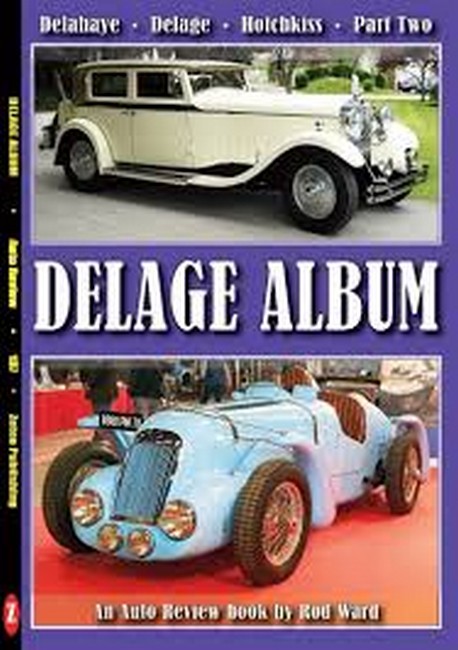 Here we have the story of ‘one of France’s fine cars’, to quote William Boddy. Louis Delage had an unpromising start in life, losing the sight of one eye at a young age, but he turned out to be a clever engineer and young entrepreneur, setting up his own company to build dependable, if unadventurous, light cars. He promoted his business by racing specially built cars, mostly in ‘Voiturette’ events, and by 1912 he was selling 1,000 road cars per year. After the Great War Delage produced some exciting racing cars and ever more expensive and exotic road cars. Sales of prestige luxury cars fell in the early 1930s, and two divorces cost him his personal fortune. Louis Delage turned to religion and the ascetic life, and in 1935 his company was taken over by Delahaye, previously a competitor. Both car ranges, Delage and Delahaye, struggled on in the later 1930s, and tried to recover their lost market position in the postwar years, hobbled by the French government’s punitive taxes on large cars. The last desperate move for survival was when Delahaye merged with Hotchkiss in 1954, but by 1957 the combined firm, and all three car marques, had been taken over by a white goods manufacturer, and had ceased making motor vehicles.