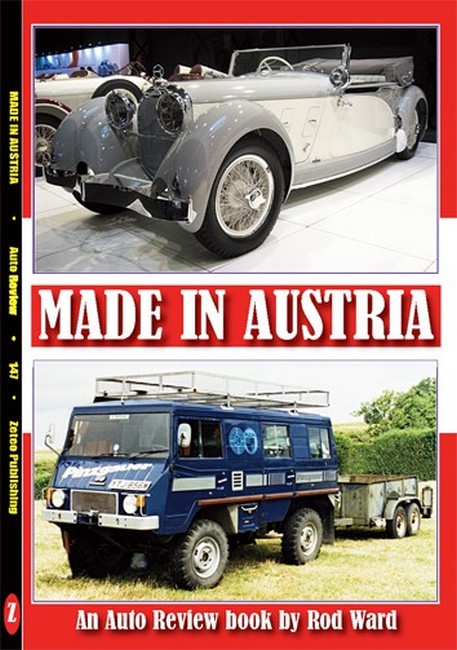 When I mentioned that I was preparing an Auto Review book on vehicles Made in Austria, the response was usually ‘Do they make cars in Austria?’, perhaps with vague memories of classic marques like Austro Daimler, or of the Steyr-Puch 650TR (a hotter cousin of the Fiat 500) or of the Haflinger (a very desirable little 4×4 vehicle). In fact, there have been large quantities of vehicles produced in Austria, from the glory days of the Austro-Hungarian empire, via the period as part of Hitler’s Greater Germany, into the 21st century, when Magna-Steyr is the biggest vehicle maker in Europe, producing cars for brand owners in many countries. None of those ‘foreign’ cars are described in this book, but dozens of truly Austrian marques are included here. We realised while discussing this publication that few Anglophone readers are aware of the history of Austria in the 20th century, so we start with a ‘History Lesson’. This will help to explain how a car made in Prague can be included in this book, for example. Although Austria was linked with Hungary up to 1918, we do not include Hungarian firms such as Rába, many of whose products were licenced from Austrian makers, including ÖAF.

The name of Ferdinand Porsche appears a number of times in these pages. He was born in Bohemia (part of Austria at the time) and worked for a number of Austrian concerns; Lohner, Austro Daimler and Steyr, before becoming involved in the Axis war effort, designing tanks. Late in the Second World War his German design office had to move to Gmund in Austria, where the immortal Porsche 356 was conceived. For more on the Porsche story, see Auto Review 153.