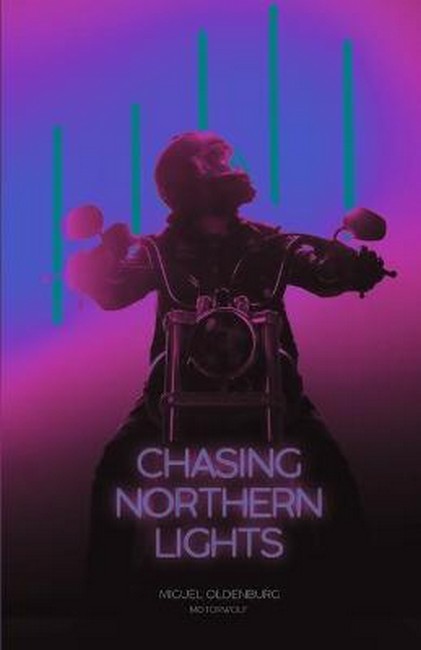 One man. One bike. One ride to see it all . . . When Latino immigrant Miguel Oldenburg became an American citizen, he decided to celebrate in an unique and personal way. An experienced motorcyclist, Miguel set off on a sprawling series of road trips, seeking to visit every state in his new home. But there was one place that eluded him: Alaska. Saddling up on the wrong bike with the right attitude, Miguel was determined to conquer this last frontier. The challenging journey took him thousands of miles, from New York City to the Arctic Circle in Northern Alaska. He travelled across mud-soaked roads, through magnificent forests, and past endless stretches of lonely countryside. It wasnt an easy ride. But what he found was something few have truly experienced . . . America.Now, Miguel shares his story, taking readers along with him on this epic cross-country ride. Chasing Northern Lights is packed with colorful details, warm humor, and a spark of rebellious freedom. Motorcycle enthusiasts and wanderers of all kinds will love this inspiring tale. Its a story that speaks to the power of travel to transform . . . and the ultimate journey that lies within us all.

Miguel Oldenburg is a Venezuelan-American multi-disciplinary artist whose diverse talents have taken him down numerous adventurous paths. Known as "Motorwolf," he is a long-distance motorcycle rider with a passion for cultural exploration. He has ridden motorcycles across thirty-six countries, with no plans to stop there. Miguel has been on a lifetime journey of self-expression through different artistic mediums. When hes not travelling on a bike, Miguel is a four-time Emmy Award-winning creative director, working on design and animation projects featured in several major entertainment brands and production agencies. He also has a profound love for oil painting, and his provocative art has been displayed in New York, the city that fostered his creativity and the place he now calls home. As a musician, he recorded and toured with the Latin ska band King Chango (Luaka Bop--Warner Music), played with the hard rockers Camaro Suicide, and experimented as a solo artist, having played many famous international venues. Miguel has strong ties to his Latino roots, which are infused into everything he creates. Growing up in Caracas, he became attuned to seeing calmness in the chaos, adventure in the mundane, and inspiration in the natural world, a perspective that has shaped his creativity. To quote Venezuelan writer Romulo Gallegos, "There are some people that grow old between thinking and doing." Although this is true for many, for Miguels rebellious mindset creating and getting things done is a disciplined lifestyle. He sees art as a means to inspire, motivate, transform, and connect with the world around him. When hes not working, Motorwolf can still be observed taking life by the handlebars, riding to the edge of the map and back. Or, in this case . . . from New York to the Arctic Circle.