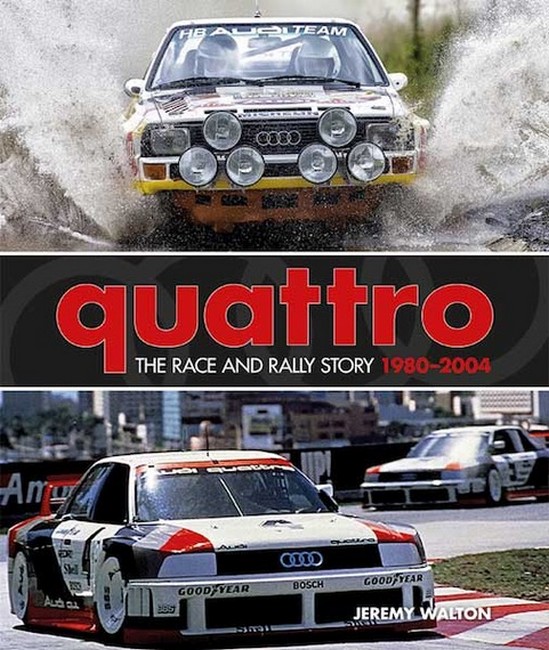 The word ‘quattro’, chosen by Audi for its pioneering high-performance four-wheel-drive cars, immediately captures glamour and excitement in the minds of all motorsport enthusiasts. This book, written by a leading journalist and quattro devotee, explores 24 years of factory-prepared and factory-supported quattros in motorsport, from 1980 to 2004. It is a tale that extends from rough rally stages to race tracks, from pine-fringed ice trails in the depths of European winters to the shimmering heat haze and melting asphalt of Texas street racing. Along the way, it explains how quattros collected four world rally championships, five American driver/manufacturer crowns and a single-year haul of seven international touring car titles, plus numerous other honours.

Jeremy Walton is an award-winning author of more than 30 motoring books and one racing-themed novel. His earlier Audi books (2003, 2004 and 2007) were regarded as benchmark works and were published in both English and German. He has worked for Motor Sport magazine and Ford Motor Company’s competition and Advanced Vehicle Operations. Besides writing, his motoring activities have included TV advertising, automotive consultancy and race driving in touring cars. He lives in Wiltshire.