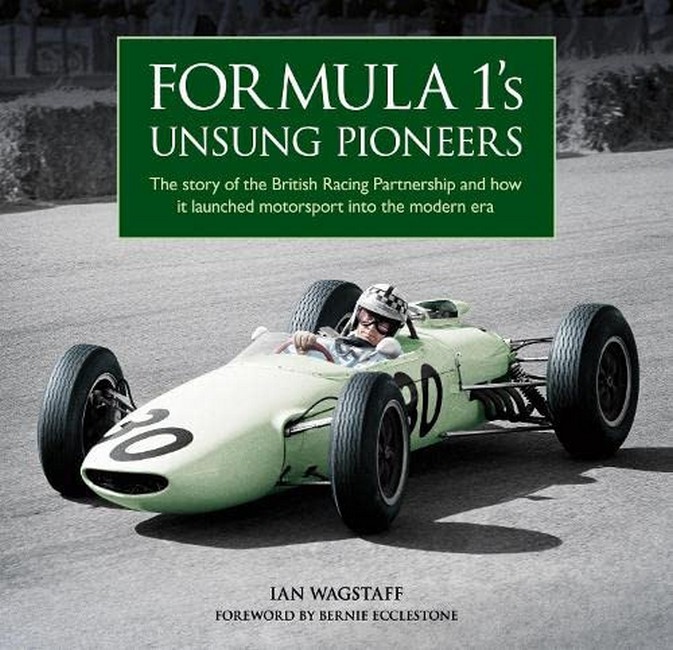 The story of the British Racing Partnership and how it launchedmotorsport into the modern era by Wagstaff, Ian Code: 61389 Format: Hardback / 304 pages Publication date: 13/03/2022 Availability: In stock at supplier. Usually dispatched 7-15 business days Price: AU $195.00

This is the previously untold story of a very special British racing team. The British Racing Partnership (BRP), which operated from 1958 to 1964, is best known for its association with Stirling Moss, who was driving a BRP-entered car at Goodwood on that fateful day in 1962 when a serious crash ended his career. Less familiarly, BRP became the first fully sponsored team in Formula 1, partnering with Yeoman Credit, a go-ahead finance house, in an initiative that led to a transformation of the sport. This book tells the entire history of BRP in unprecedented detail, thanks to the authors prodigious research and numerous interviews over the years with many leading participants, including Moss himself, team boss Ken Gregory, top driver Tony Brooks, chief mechanic Tony Robinson and many others. Lavishly produced and illustrated with more than 300 period photographs, this book will be treasured by all motorsport enthusiasts.

Ian Wagstaff began writing motor racing reports in the early 1970s, having started work in the production department of Motor Sport magazine, and became press officer at Silverstone circuit towards the end of that decade. His interest in BRP was nurtured soon after when he worked for Ken Gregory, the teams co-founder, as the editor of a trade magazine. He has been a freelance journalist since 1986, writing for The Economist Intelligence Unit and Financial Times Automotive Division as well as the motor racing press. He has twice won the Guild of Motoring Writers Montagu of Beaulieu Trophy as well as its Pierre Dreyfus award, and he has also received the American Auto Racing Writers and Broadcasters Associations Book of the Year awards. He lives in Oxfordshire.