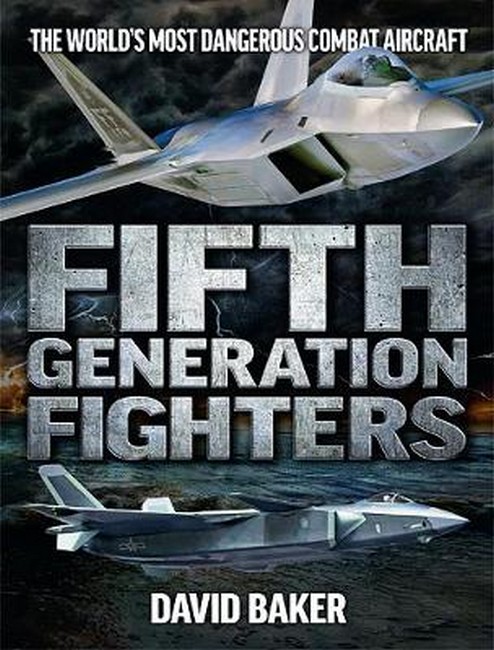 The latest jet fighters deceive, evade, confuse, lock-on to their targets, and kill them without being seen, heard, or detected.
There is no place to hide for older combat aircraft and by the time the fourth generation know they are under attack they are already dead. Fighter forces around the world are seeking out the best that technology can provide - pilots can increasingly put themselves outside their cockpit, peering far beyond visual range, leaving the aircraft to keep them out of harms way while they manage the mission.

In Fifth Generation Fighters, author David Baker explains how net-centric warfare and sensor fusion takes the fight into the very heart of the weapons systems computer, apportioning missiles to discriminated targets, tracking up to 100 hostiles and downing many beyond visual range. He also looks at how future fighters will connect to satellites in space for information about enemy air assets, control swarms of unmanned combat air vehicles and plan the endgame for an air battle that has yet to begin.

And when the sixth generation arrives it will be like nothing yet seen - trans-atmospheric air vehicles moving down from the edge of space faster than a ballistic missile, engaging at hypersonic speeds and killing with impunity.
The clock is ticking - a fifth generation fighter war is coming!

David Baker worked with NASA on the Gemini, Apollo and Shuttle programs between 1965 and 1990. He has written more than 100 books on space flight, aviation, and military technology and is the former editor of Janes Space Directory and Janes Aircraft Upgrades. In 1986, he was made a member of the International Academy of Astronautics by NASA manned flight boss George Mueller and is a Fellow of the Royal Historical Society and a member of the US Air Force Association. He received the 1998 Rolls-Royce Award for Aerospace Journalist of the Year and in 2005 he was a recipient of the Arthur C Clarke Award. In October 2017, he received the American Astronautical Societys Frederick I. Ordway III award "for a sustained excellence in space coverage, through books and articles, as well as engagement in the early US space program". David is currently the editor of Spaceflight, the monthly space news magazine of the British Interplanetary Society, of which he is also a Fellow, a lecturer, and consultant.