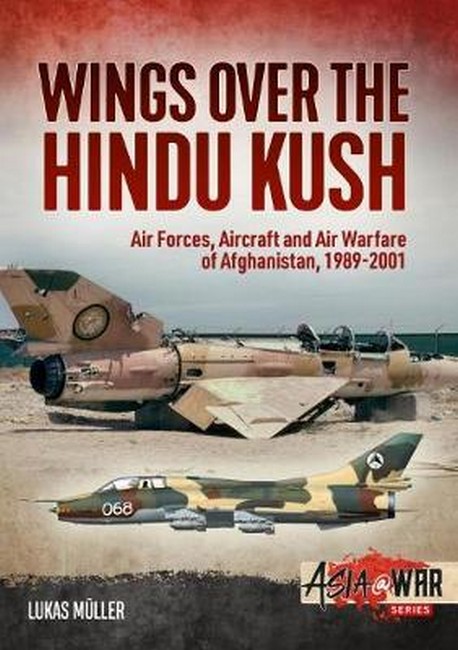 Wings Over the Hindu Kush

Air Forces, Aircraft and Air Warfare of Afghanistan, 1989-2001 by Muller, Lukas Code: 59049 Format: Paperback / 72 pages Publication date: 28/09/2020 Availability: Future Publication. Pre-order now. Due date: September 2020 Price: AU $42.99
This is the story of nine diverse air forces, their aircraft, and air warfare over Afghanistan in the period between the Soviet withdrawal of 1989, and the US-led Western intervention in 2001. Afghanistan is widely considered one of the World's most primitive and hostile environments. The terrain is rugged and the climate harsh; in many parts of the country the local society developed over millennia in total isolation from the outside world; other areas experienced invasions by Alexander the Great, Genghis Khan, the British Empire, and felt strong influence from Czarist Russia and then the Union of Soviet Socialist Republics. Since 1978, the country has been savaged by an uninterrupted war fought by a host of diverse parties. The military history of an entire series of coups of the late 1970s, and the resulting military intervention of the former Union of Soviet Socialist Republics was widely published on over time. On the contrary, the period from 1989 until 2001 is by far the poorest-recorded. This period encompassed the downfall of the Democratic Republic of Afghanistan in the face of a near-simultaneous dissolution of the USSR, a military coup d'etat and an onslaught by multiple Pakistan-supported armed opposition parties in 1992, the sudden emergence of the Taliban and their rapid take-over of the country in the 1994-1996 period, and their alliance with al-Qaeda that launched the murderous terror attacks against the United States of America of 9/11 - in turn provoking an international military intervention - yet little is known in the wider public about years that actually shaped the country as we know it today. AUTHOR: Lukas Muller is an amateur historian who has spent the last 20 years studying wars that have plagued Afghanistan since the late 1970s. In this book he demystifies the civil war of the 1990s and places often misinterpreted issues into a proper context. 100 photographs, 5 maps, 18 colour profiles
Format: Paperback
Pages: 72
Illustration: COLOUR SECTION(S)
Availability: Future Publication. Pre-order now. Due date: September 2020
Publisher: HELION & COMPANY
Publication date: 28/09/2020
Country of publication: UNITED KINGDOM
Weight: 0 g
Dimensions: 297mm X 210mm
Code: 59049