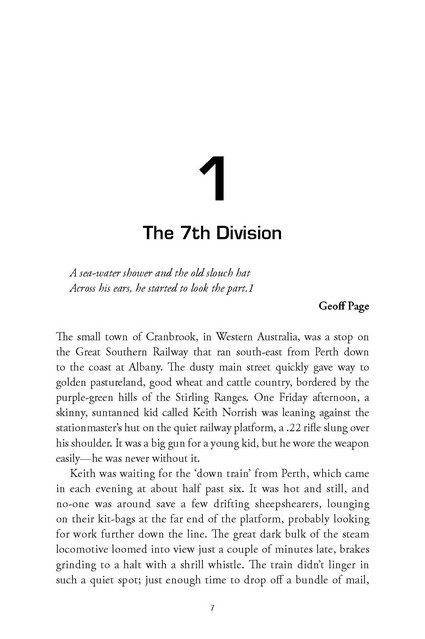 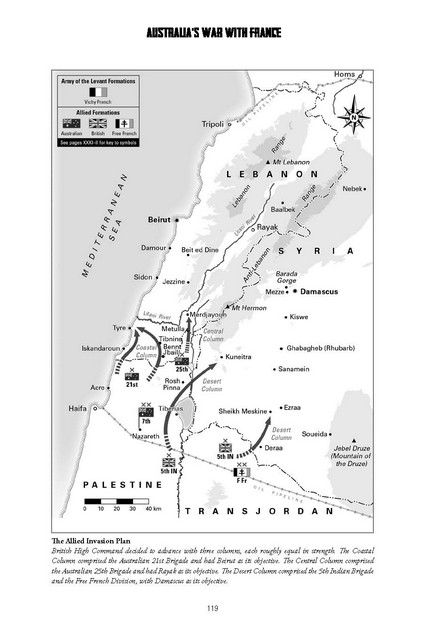 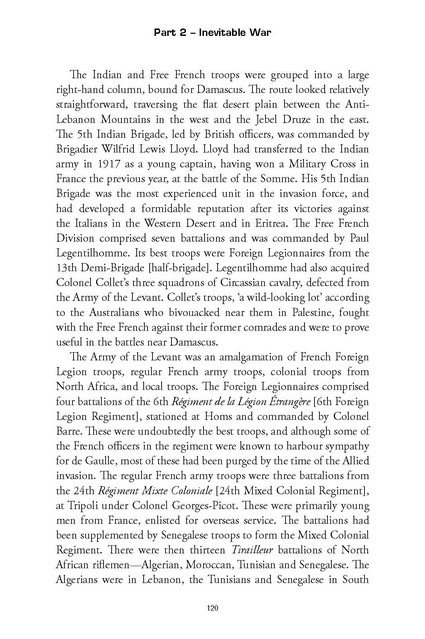 1941: Great Britain is fighting for its very existence. France has surrendered and installed Marshal Pétain, an ageing reactionary, as head of a hostile new government at Vichy. The Allied outpost in Egypt, and the Suez Canal—its strategic jewel—are threatened on both sizes. To the west, Rommel is rampaging through North Africa. To the east, the Germans are arming rebels and fostering an uprising in British Iraq. Churchill’s cabinet is reeling after disastrous campaign in Greece. There are fears of a German takeover in Vichy-controlled Syria and Lebanon, where a languishing French colonial army may fall in line with the Nazis. Churchill orders a disgruntled General Wavell to take the offensive, assuming that the French will not put up a fight against an Allied show of force. The only troops available are a division of Australians, the 7th: untested recruits, digging ditches in the Egyptian desert. This is the story of how the 7th Division came to fight against the Army of the Levant—Australia against France—in the rocky hills of Lebanon and the barren wastes of Syria. Contrary to Churchill’s expectations, the French resisted viciously. The Australians won the war, but at the price of more than 400 young men, sons of Anzacs who had fought to defend France in the trenches of the western Front. The British were embarrassed, the campaign was forgotten, and the Australians who fought were dubbed ‘the silent men.’ No contemporary Australian historian has studied the conflict. British and French accounts exist, but fail to do justice to the Australian contribution. Through interviews with the veterans, archival records, and on-the-ground research, this book seeks to understand a neglected campaign and give it a proper place in Australian history.

Richard James is a tour operator specialising in historical treks of the Kokoda Track in Papua New Guinea. He has personally led hundreds of Australians across the Kokoda Track and has met many war veterans from the 7th Division who fought in Syria before going on to fight on the Kokoda track the following year. It is from here his passion to write his first book grew.