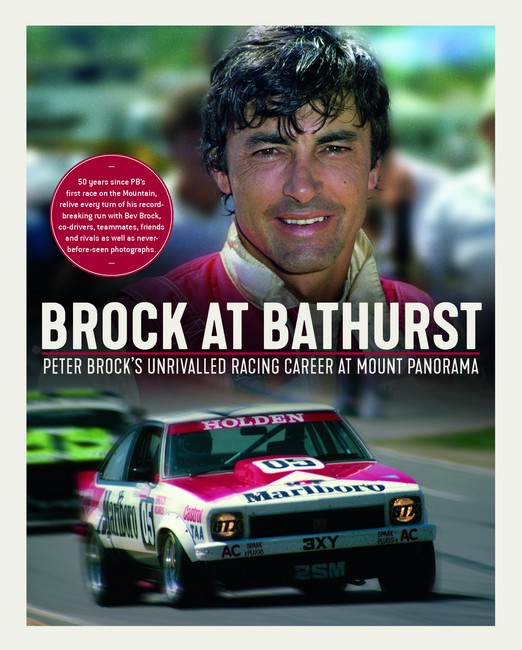 No driver is as connected to a track as the legendary Peter Brock is to Bathurst. October 2019 marks half a century since a shy and bearded Brock first took on the turns of Mount Panorama, the track he was destined to dominate with a record nine wins, earning him the mantle King of the Mountain. That uncanny relationship between driver and track is the focus of this book, a 360-degree look at every race of Brocks glorious Bathurst career. Relive Peter Perfects reign over the Mountain in the company of Bev Brock, his partner of nearly three decades, as well as mechanics, teammates, rivals and friends, who witnessed his genius up close. Featuring hundreds of images, including previously unseen photographs from Brocks private collection, BROCK AT BATHURST is a nostalgic and exhilarating celebration of an iconic pairing in Australian sport.

Bev Brock is a former teacher and life counsellor, and an author and public speaker. She was born and raised in Western Australia. Her life changed pace in the almost three decades she spent with motor racing legend Peter Brock. She raised their young family while being an integral part of Peters racing career, helping to steer him through life in the spotlight. Bev is the main author and editor of Brock at Bathurst, which, along with her own reflections, features contributions from more than 20 of Peters co-drivers, teammates, rivals and friends, who all played key roles in his Bathurst career.