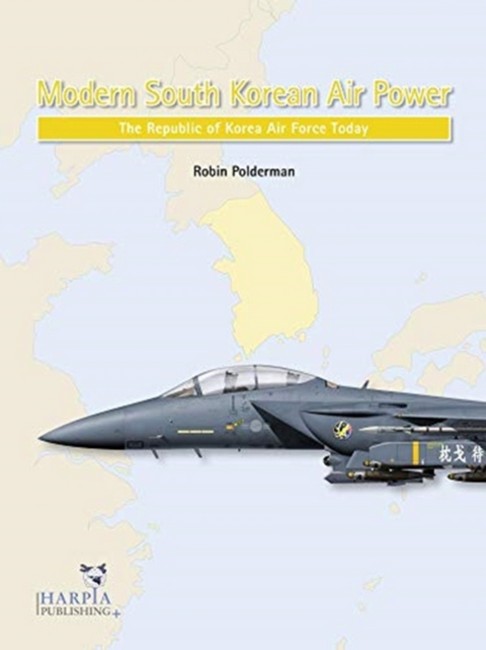 The Republic of Korea Air Force Today by Polderman, Robin Code: 60696 Format: Paperback / 256 pages Publication date: 15/01/2022 Availability: Future Publication. Pre-order now. Due date: January 2022 Price: AU $89.95
Since the early 1950s, the heavily industrialised nation of South Korea has seen steady growth and is now the world's seventh-largest exporter and 11th-largest economy overall. As the Cold War on the Korean peninsula gathered momentum, the development of the Republic of Korea Air Force became one of the nation's top priorities. While initially dependent on the United States for its aircraft, Korea's aviation industry has matured rapidly, and the ROKAF's use of indigenously manufactured equipment is on the rise. Modern South Korean Air Power provides a detailed look at the aircraft and armament, as well as the organisation and the modernisation process of the ROKAF. The air arm has invested heavily in its early warning and intelligence-gathering capability to guard against the unpredictability of its northern neighbour. A territorial dispute with long-standing rival Japan, as well as incursions into its airspace by both China and Russia, have fuelled the need to transform the ROKAF into a technologically superior force. In its ongoing efforts to maintain its edge, the ROKAF has introduced fifth-generation stealth fighters while at the same time still making effective use of obsolete biplanes. It is this wide variety of aircraft and helicopters that make this air arm one of a kind. This book is a highly informative and richly illustrated source of reference and documents the ROKAF in a previously unavailable degree of detail. It provides an insightful and in-depth look at the journey the service has embarked upon to face the regional security challenges of tomorrow. AUTHOR: Robin Polderman is an aviation author, researcher and photographer, based in the south of the Netherlands. His special area of interest is East Asian air forces, and he has been studying certain air arms in the region for many years. His research has led him to travel this portion of the globe extensively, and he has visited South Korea six times since 2005. He has been writing about military aviation since 1991 and has published numerous articles, news items and photos, not just on the air forces of East Asia, in aviation magazines worldwide. This is his first book for Harpia Publishing. colour maps, photographs and tables
Format: Paperback
Pages: 256
Illustration: COLOUR SECTION(S)
Availability: Future Publication. Pre-order now. Due date: January 2022
Publisher: HARPIA PUBLISHING, LLC
Publication date: 15/01/2022
Country of publication: UNITED STATES
Weight: 0 g
Dimensions: 280.00mm X 210.00mm
Code: 60696