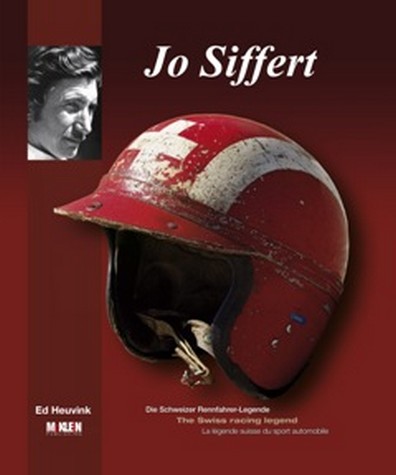 by Ed Heuvink Code: 23585 Format: Hardback Publication date: 01/07/2010 Availability: Sold Out Price: AU $119.00
Publisher's Notes: Late in the afternoon of October 24th, 1971, Switzerland lost its greatest sportsman. During a non-championship Formula 1 race at the Brands Hatch circuit outside London, thirty-five year old Jo Siffert crashed his BRM and perished in the flames. Not only was Siffert a great national hero in Switzerland, but also an icon to millions of motor racing fans around the world. Born and raised in modest circumstances, the boy from Fribourg was determined to make a career for himself, not just in his true passion, motor racing but also in society. It took him ten years to become one of the greatest racing drivers, winning Formula 1, Formula 2 and Porsche sports car races all over the world. A possible mechanical failure on his BRM Formula 1 car caused the legendary Swiss racing driver to crash at a track that had given him his biggest success only three years before. This book tells the complete story of Jo Siffert, from his modest childhoodto his biggest successes. The author Ed Heuvink was a witness to Siffert’s spectacular triumphs. In the course of compiling this book, he has talked to Siffert’s relatives, friends and competitors. The three hundred and thirty-six page volume covers Siffert’s short life in depth and contains numerous seldom seen and personal photographs from private archives. This high quality book is completed by a comprehensive statistics section.
Format: Hardback
Illustration: COLOUR THROUGHOUT
Availability: Sold Out
Publisher: MCKLEIN PUBLISHING (GERMANY)
Publication date: 01/07/2010
Country of publication: UNITED KINGDOM
Weight: 2000 g
Dimensions: 0mm X 0mm
Code: 23585