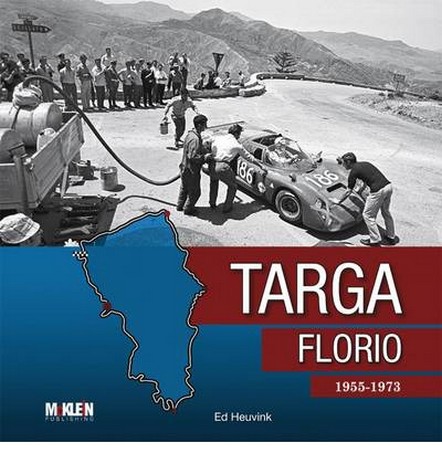 The Targa Florio occupies a unique place in the history of motor sport. It was the sheer challenge of racing in some of the worlds fastest sport cars on the narrow mountain roads of Sicily that has ensured the Targa Florio an honoured place in motor racings unofficial Hall of Fame.

Held for the first time in 1906, it was in 1955 that the Targa Florio became a round of the World Sportscar Championship and that same year it was won by Stirling Moss and Peter Collins in a works Mercedes 300 SLR. Up until the last race was held in 1977, famous names such as Wolfgang Graf Berghe von Trips, Hans Herrmann, Graham Hill, Vic Elford, Brian Redman and Jo Siffert were winners on the Italian island and, for car marques such as Porsche or Ferrari, it was one of the highlights of the season.

In this new 400-page, large format book from McKlein Publishing, author Ed Heuvink takes the reader back to re-live the post-war action in this amazing race with the help of hundreds of photographs taken from the archives of Bernard Cahier, LAT and McKlein. In addition to the year-by-year reports from 1955 to 1973 there is an A-to-Z of iconic cars, places, drivers and unique features of the Targa - like the practice on open roads. All these are presented with unique large-format photographs including many colour images going right back to 1955. Short, informative texts also explain the specialities of the event and some of the old heroes share their memories. The foreword is by Nino Vaccarella - the Professor - a schoolmaster from Palermo who won the Targa Florio on three occasions (1965, 1971 and 1975) and is a true Targa Florio hero.