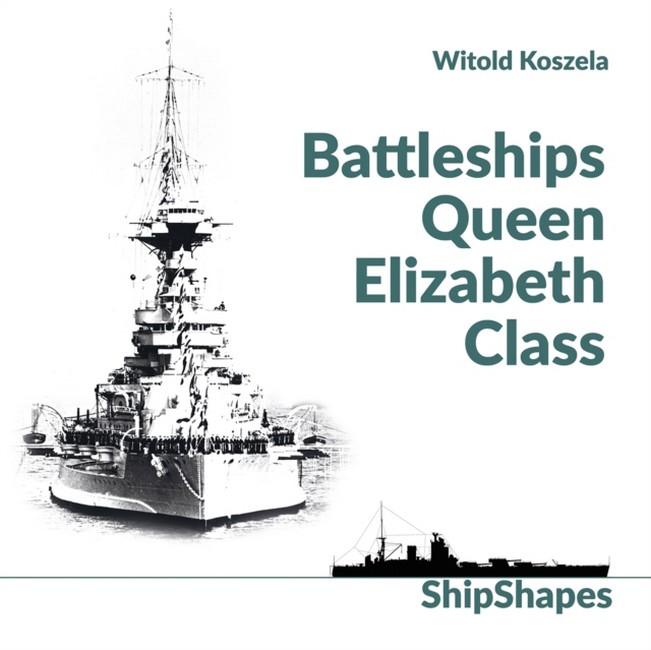 by Koszela, Witold Code: 60712 Format: Hardback / 140 pages Publication date: 28/06/2022 Availability: Pre Order. Release date: June 2022 Price: AU $74.50
This is a compilation which brings together in one volume technical descriptions of the Royal Navy's Queen Elizabeth class battleships. Queen Elizabeth, Warspite, Valiant, Barham and Malaya. The Queen Elizabeth class battleships were a group of five super-dreadnoughts built for the Royal Navy during the 1910s. The lead ship was named after Elizabeth I of England. These battleships were superior in firepower, protection and speed to their Royal Navy predecessors of the Iron Duke class as well as preceding German classes such as the Koenig class. The Queen Elizabeths were the first battleships to be armed with 15-inch (381 mm) guns, and were described in the 1919 edition of Jane's Fighting Ships as ""the most successful type of capital ship yet designed."" They saw much service in both world wars. Barham was lost to U-boat attack in 1941, but the others survived and were scrapped in the late 1940s. The author describes their technical aspects, precisely describing the differences between them. All the ships are described and illustrated with full technical specifications.
Format: Hardback
Pages: 140
Illustration: B&W THROUGHOUT
Availability: Pre Order. Release date: June 2022
Publisher: MUSHROOM MODEL PUBLISHING
Publication date: 28/06/2022
Country of publication: POLAND
Weight: 0 g
Dimensions: 210.00mm X 210.00mm
Code: 60712