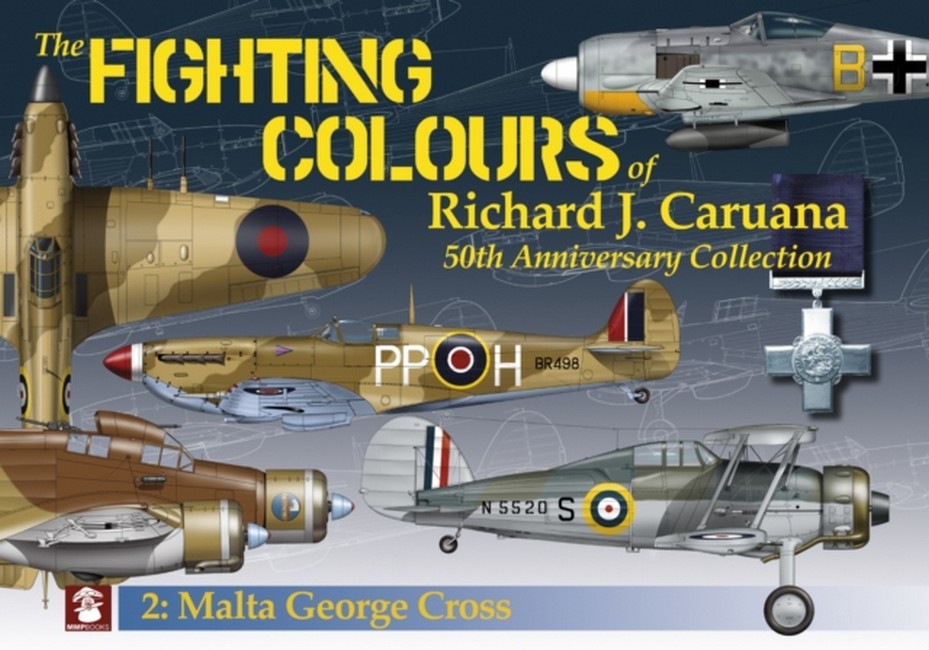 Maltese aviation artist and historian Richard J. Caruana, who started his career just over 50 years ago, celebrates this special milestone with a work dedicated to his own countrys struggle for survival during the Second World War. Three battles during WWII were decided in the air and changed the course of history: the Battle of Britain, the Battle of Malta, and the Battle of Midway. The heroic resistance of the tiny Mediterranean Island denied Rommel and his troops vital supplies, with the result that by the end of 1942, Axis forces were driven out of North Africa. When the Allies won a firm foothold on Sicily, Malta could finally breathe a sigh of relief and it became a stepping-stone for the movement of thousands of troops, aircraft and naval forces to the new frontline in Italy. A short narrative gives an outline of the air battles history which is then illustrated with close to 200 colour profiles and other drawings.

Richard J. Caruana, who lives and works in Malta, is best known for his technical and colour drawings which appear regularly in magazines in the UK (Scale Aviation Modeller International), Italy (Elicotteri e Aerei Militari, Aerofan) and Greece (Model Expert).