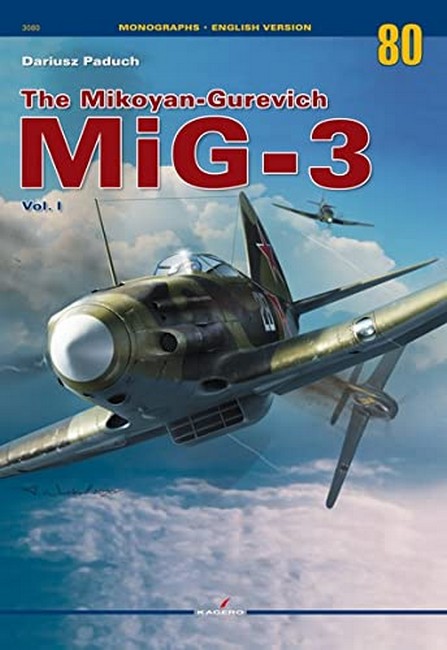 The Mikoyan-Gurevich Mig-3 Vol. I

The MiG-3 fighter plane, like the history of the creation of the Mikoyan and Gurevich design bureau, is relatively well known to anyone interested in the history of Soviet aviation. Many books and articles have been published about this machine, but information about the circumstances of the birth of the project and the conditions of its creation are very brief and concise. MiG-1 and MiG-3 were the most numerous new generation fighters in Soviet aviation at the time of the German invasion of the USSR. They played a very important role in the first period of the war. Until now, it has been assumed in the literature that this applies mainly to the use of these aircraft during the battle of Moscow, as well as capitals and Leningrads air defence, but MiGs also took on a large weight of air combat at the front in 1941. 128 archival photographs, colour profiles