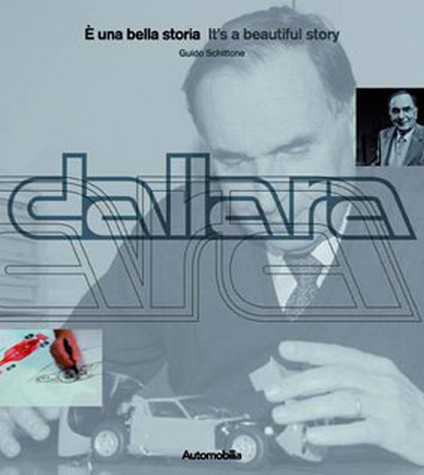 Dallara - It's A Beautiful Story

by G Schittone Code: 25106 Format: Hardback Publication date: 01/01/2000 Availability: Sold Out Price: AU $129.00
Gian Paolo Dallara was a boy from the country who had a dream. Chasing that dream took him to Ferrari, Maserati, Lamborghini and De Tomaso. He has been involved with the design and development of racing and road cars for all four companies, including the ground-breaking Lamborghini 350GT and the revolutionary Miura. With De Tomaso, Dallara got into first Formula 2 then Formula 1. Dallara also developed the Mangusta and designed the Pantera, but left De Tomaso and started his own company when Ford took over and Alejandro De Tomaso lost interest in Formula 1. Since starting his own company in a garage behind his house in Varano, Dallara has gone from strength to strength. From building small sports prototypes he went on to developing endurance racers for Lancia (World Endurance Championship 1979), F1 cars for Scuderia Italia, the Ferrari 333 SP. Ferrari 333 SP client Andy Evans introduced Dallara to Tony George, triggering the chain of events that led to Dallara dominating the Indianapolis 500 race since 1998, when Eddy Cheever won Dallara's first 500. Since then Dallara has been in Formula 1 with Honda, won the Daytona 24 Hours in 2002 for Oreca and helped develop the incredible Audi endurance racers. Dallara cars have succeeded in GP2, GP3 and World Series races, the company developed the X-Bow for KTM and worked on the definition of the bodyshell, suspension, vehicle dynamics and aerodynamics of the Bugatti Veyron. This beautifully presented, large format book tells the whole story of Dallara from when he was plucked from the Milan Politecnico by Enzo Ferrari in 1959 to Dallara's dominant position in motor racing today. Text is in English and Italian.
Format: Hardback
Availability: Sold Out
Publisher: CHATERS WHOLESALE
Publication date: 01/01/2000
Country of publication: UNITED KINGDOM
Weight: 1594 g
Dimensions: 150mm X 150mm
Code: 25106