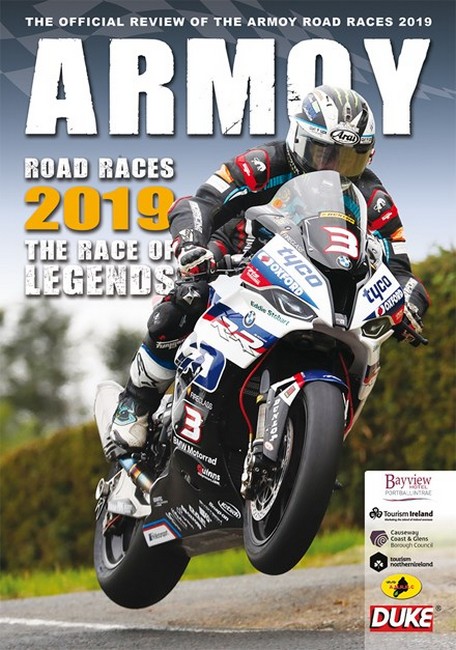 Derek McGee, Paul Jordan, Michael Sweeney, Derek Sheils, Melissa Kennedy and the rest of the cream of Irish road racing were in action at Armoy in July, but really the crowds had only come out for one rider...

‘I love winning’ Michael Dunlop told reporters after securing his eighth win in the Armoy Race of Legends. The injury-hit rider overcame a broken pelvis to triumph on the course that means so much to him and his family.

The Armoy Road Races were inaugurated in 2009 to pay tribute to the original "Armoy Armada" of the 1970s, a group of local riders that included Michael’s uncles Joey Dunlop and Jim Dunlop as well as Frank Kennedy and Mervyn Robinson.

The family’s connection to the event was strengthened by Michael and his elder brother William Dunlop, who between them dominated the winners rostrum for nearly a decade.

Following the devastating loss of William in 2018, Michael has become the standard bearer for the family, but a racing accident at the 2019 Southern 100 looked to have jeopardised his chances of defending his title.

Showing he was made of sterner stuff than some (including the doctors) gave him credit for, Michael managed to mount the bike and write yet another brave chapter in the Dunlops’ racing history.