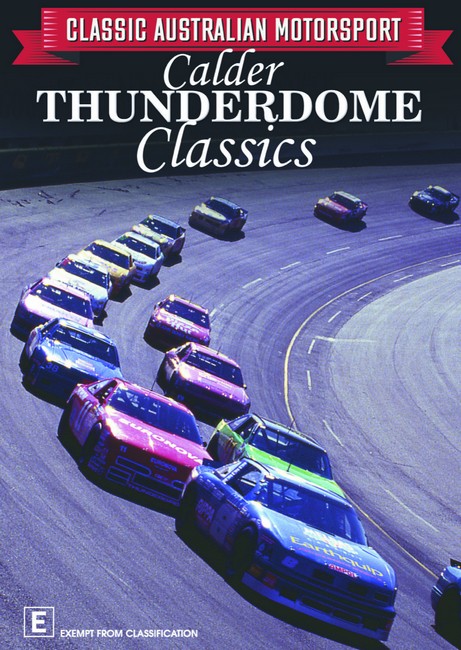 THE first Super Speedway where NASCAR stock cars hosted a race outside North America, the Calder Park Thunderdome in Melbourne was the late Bob Jane’s dream that he turned into a reality.

It was big, booming and attracted plenty of fans, though sadly this form of racing has disappeared from Australia and the Thunderdome left in wreck and ruin, a mere shadow of its former self.

But we’ve bringing the good times back on this volume of Classic Australian Motorsport Volume 7 with some classic races and great action from the ‘Dome.

On this release we take a look at some classic races at the banked 1.8-kilometre tri-oval that brought the best of American style racing to Aussie audiences with hometown and imported drivers duking it out.

First up on this release is the 1990 Christmas Classic where Albury hero (and eventual five-time AUSCAR champion) Brad Jones takes the victory in the Goodyear AUSCAR Classic for the locally derived series featuring V8 Commodores and Falcons.

Also included on this release is a history-making NASCAR National 100 from March 1991 where Victorian Terri Sawyer became the first female driver in the world to win a NASCAR stock car national series race.

The Victorian was a wildly popular winner and sped away to claim victory in the 100 lapper against a top-notch field of experienced NASCAR racers.

To round out this release we fast forward to the opening round of the 1993 Super Speedway season at the Thunderdome and take in the AUSCAR and NASCAR Trophy Dashes, HQ Holden race and the AUSCAR feature race.

This DVD release celebrates an incredible era of Australian motorsport where the Calder Park Thunderdome wrote itself into the history books in this country in a way no other venue ever will again.