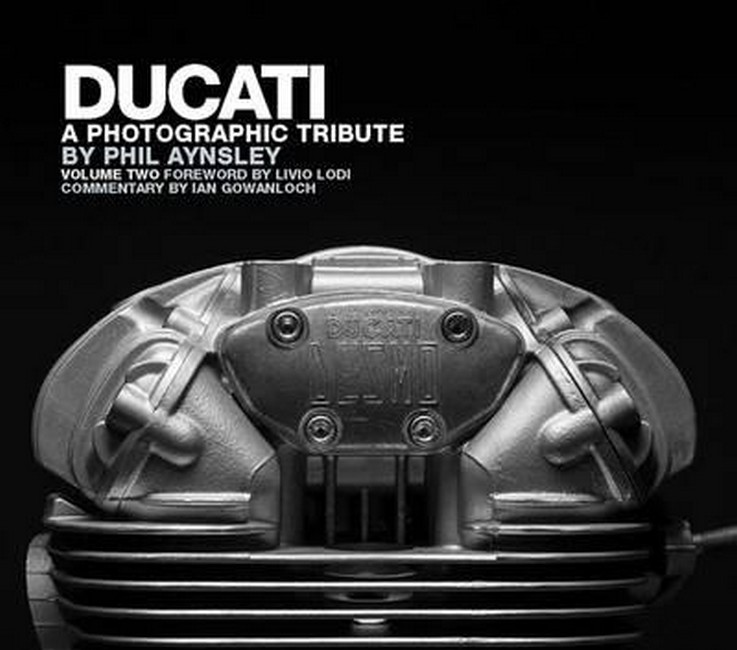 Due to requests from thousands of worldwide Ducati enthusiasts, club members, motorcycle devotees and those who were not quick enough to buy Phil Aynsleys rare and sold out first book Ducati-A Photographic Tribute, GTI Media and Primer Books are releasing a new, 2nd volume, for all those who are passionate not only for Ducati but for anyone interested in motorcycles, photography and design.

Recognised as the worlds leading photographer of all things Ducati, Phil Aynsley is sought out and invited by private owners to document their collections, allowing Phil to share with us many rare and legendary bikes that would otherwise never be seen by Ducati aficionados.

With a foreword by Livio Lodi, Museum Curator at Ducati Motor Spa and commentary by noted Ducati expert Ian Gowanloch, this collectable and stunningly designed book builds on the success of the first edition, featuring:

- All new images of models ranging from the 1946 Cucciolo T1 motor right up to the latest 2014 Diavel
- 100 motorcycles, including many rare Ducatis from private collections around the world, including bikes that have not been widely seen or raced since the 1950s and 60s. These include a 1959 125GP Desmo, 1960 250GP Twin and 1964 125GP Four
- Never before seen in print photographs of Casey Stoners championship winning 2007 Desmocedici GP7
- Unusual treasures from Ducatis non-motorcycling past including naval binoculars, intercoms, adding machines, cameras, projectors, lenses, electrical components, industrial motors, electric razors and more.