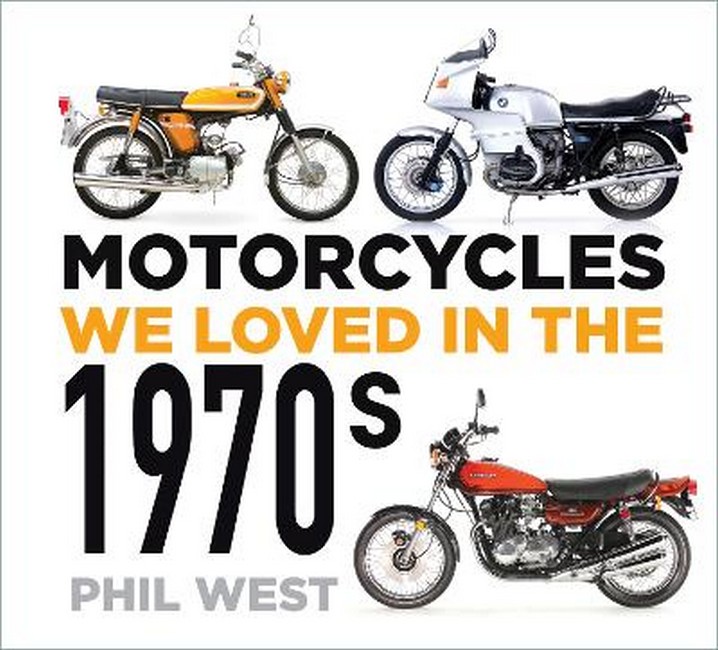 Motorcycles We Loved in the 1970s

Everyones favourite motorcycles of the 1970s in this lavishly illustrated little book. The 1970s was a rich, exciting and, for todays fifty and sixty-somethings, a formative and nostalgia-rich period of motorcycling in Britain. In bikes it was an era that saw a passing of the baton from British to Japanese manufacturers. Triumphs Bonneville and Trident plus Nortons Commando powered into the decade but were quickly overtaken by Hondas CB750 and Kawasakis Z1. Before long Suzukis GT750, Yamahas XS750, Fizzys, stroker 250s and more became the bikes of our bedroom walls. In bikesport, cheeky cockney Barry Sheene overtook the old guard of Hailwood and Read, and his Oxford bags and feather cut rivalled those of David Essex. All of this and more is remembered and celebrated in Phil Wests fascinating book.

Phil West has been a journalist since 1987. He has written for many magazines, including MCN, Bike, RiDE, Practical Sportsbikes, Motorcycle Sport and Leisure. Throughout his career he has ridden and written about virtually every motorcycle since 1970, visited and met key figures at all major manufacturers and interviewed figures from Barry Sheene to Charley Boorman. He has held a number of editor roles on Bike, Motorcycle News, Performance Bikes and MCN, and created and launched Bike Buyer and Biking Times. He has also written several books on motorcycles and lives in Peterborough.