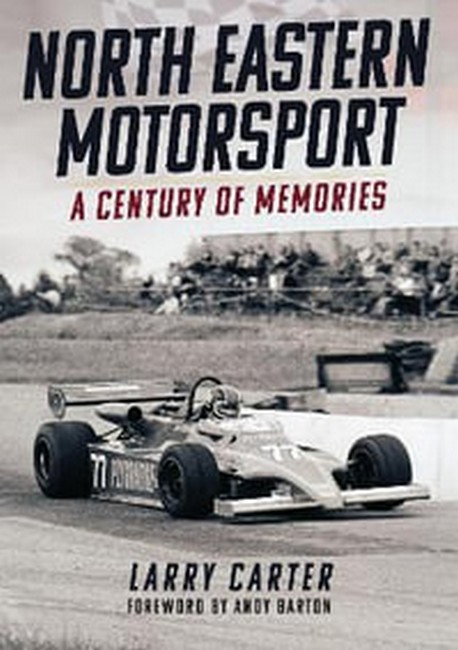 The North East has been a hotbed of motor sport since the early years of the last century. In this book motorsport broadcaster and journalist Larry Carter presents a selection of memorable motor sport events, competitors, venues and personalities in the region from the 1920s onwards. The circuit at Croft is justly famous, witnessing the early days of stars such as James Hunt, Barry Sheene, Nikki Lauda and Wilson Fittipaldi but the huge variety of motor sports, both cars and bikes, in the region are represented in this book, including circuit racing, rallying, rallycross and trials. The North East has spawned many great racers over the years, both men and women, some of whom died tragically young such as motorcyclist Ken Redfern and sidecar legend Mac Hobson, as well as famous clubs such as the Darlington & District Motor Cub and less well known venues at Catterick military base and Albermarle Barracks. This book is also a tribute to events that have declined or disappeared - grass track racing, sand racing on the Cleveland beaches, hill-climbs, scrambling, speedway and stock car racing. Delving through archives, Larry Carter has unearthed a fascinating collection of the most memorable motor sporting events and achievements of the last 100 years in the North East of England which will appeal to all motorsport enthusiasts in the area.

Larry Carter is a motorsport broadcaster and journalist based in the North East of England. A former motorcycle road racing champion, he runs an established motorsports PR and Communications company, Cartersport. He also produces event programmes for most British Superbike Championship meetings and other meetings including some British Touring Car Championship meetings. He is the Publishing Editor for an annual review of the British Superbike Championshop - Seeing Red - and was Editor (and eventually owner) of a specialist national print magazine for six years.