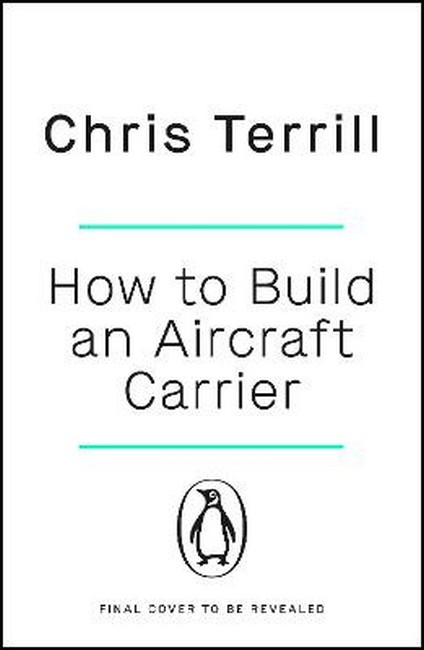 How to Build an Aircraft Carrier

The enthralling story of the HMS Queen Elizabeth, the Royal Navys largest ever warship. 65,000 tons. 280 metres long. A flight deck the size of sixty tennis courts. HMS Queen Elizabeth in the biggest ship in the Royal Navys history. But its her ships company of 700, alongside an air group of 900 air and ground crew that are Big Lizzies beating heart. From before the first steel of her hull was cut, Chris Terrill has enjoyed unprecedented access to Queen Elizabeth and the men and women who have brought her to life. How to Build an Aircraft Carrier tells the story of Britain at her best- innovative, confident, outward-looking and world beating.

Chris Terrill is one of the UKs leading adventure documentary makers. In 2007 he participated in and passed the rigorous 32 week training undertaken by Royal Marine Commandos prior before deploying with them to Afghanistan (Commando on the Front Line - ITV). Becoming the first civilian and oldest person to win the coveted green beret, he documented his experience in the film The 55 Year Old Commando (ITV) and book Commando. His other previous books: HMS Brilliant and Shipmates are also documentary tie-ins about the physical and emotional demands of being a member of the Royal Navy at sea and on active service. In 2015 Terrill became a Fellow of The Maritime Foundation and presented with a Lifetime Achievement Award. In 2017 he was conferred Doctor of Science by the University of Durham for pioneering work in anthropology and filmmaking Throughout 2016 - 2018, he was embedded in the ships company of HMS Queen Elizabeth to make two major documentary series for the BBC (Britains Biggest Warship and Britains Biggest Warship Goes to Sea). In 2021 he deployed with the aircraft carrier once again on her first operational deployment to the South China Seas.