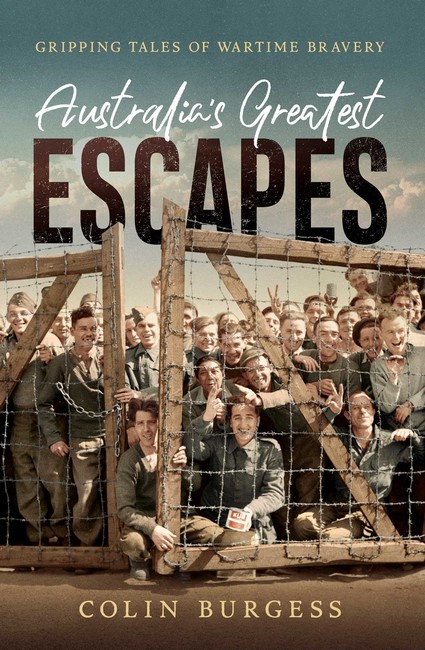 Australias Greatest Escapes is a collection of stories about the most hazardous aspect of the prisoner of war experience - escape. Here is all the adventure, suspense and courage of ordinary Australians who defied their captors; men who tunnelled to freedom, crawled through stinking drains, or clawed a passage beneath barbed wire in a desperate attempt to flee captivity.

They were willing to risk the odds and even death in the loneliest war of all - the fight to be free. Each possessed in spades the noble qualities of boldness, resourcefulness, cunning, determination and mateship we have come to admire about our Australian service men and women under adversity.

Featuring stories of Australian POWs from all theatres of war, including one who fled a German work camp during World War I, another involved in a mass tunnel escape from a notorious Italian camp, and an airman who brazenly attempted to steal a German fighter and fly it back to England. We also re-live the tragic saga of the Sandakan death marches in which six Australian escapers became the only survivors from 2000 POWs, and follow the perilous journeys to freedom undertaken by Australian infantrymen following the appalling massacre of their fellow soldiers on the Japanese-held island of Ambon.

Colin Burgess was born in suburban Sydney in 1947. To date, Colin has written or co-authored a total of thirty-five books, covering the Australian prisoner-of-war experience, aviation and space exploration. He lives near Sydney with his wife, Pat. They have two adult sons and three grandchildren.