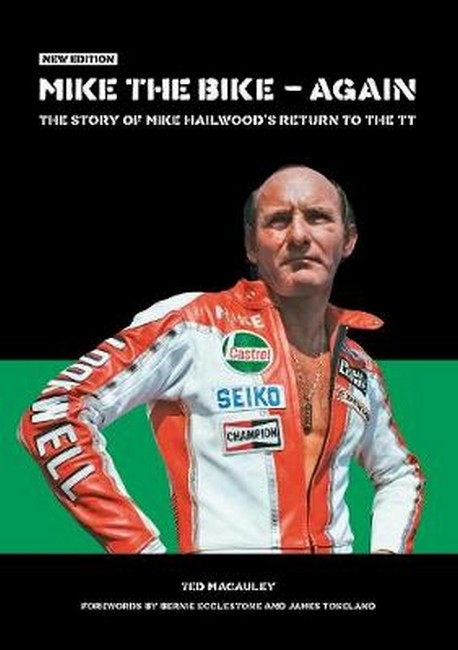 The Story of Mike Hailwoods Return to the TT by Macauley, Ted Code: 52187 Format: Paperback / 112 pages Publication date: 28/07/2018 Availability: Available. Usually dispatched from UK 1-2 business days Price: AU $29.98
In June 1978, 11 years after he quit Grand Prix motorcycle racing, Mike Hailwood returned to the Isle of Man TT races, probably the most prestigious, and certainly the most demanding, road race in the world. On a privately entered V-twin Ducati he won the Formula One race, beating the works Hondas of Phil Read and the late John Williams, and breaking the lap and race records. It may have seemed a fluke; it was certainly a fairy tale that continued into 1979, when he was fifth in the Formula One race, despite losing top gear and his battery, first in the Senior, and second by only 3.4 seconds in the Classic - probably the finest and closest-fought race the Island has ever seen, Hailwood proved, if anyone doubted, that he was still the greatest motorcycle racer of all time. This book, written by his manager and friend, Ted Macauley, is the account of his dramatic comeback, from the original wild idea to his final race. More than this, though, it is a study of a remarkable man in a remarkable world, and of the races, the machines, and the men who ride them.
Format: Paperback
Pages: 112
Illustration: B&W THROUGHOUT
Availability: Available. Usually dispatched from UK 1-2 business days
Publisher: VELOCE PUBLISHING LTD
Publication date: 28/07/2018
Country of publication: UNITED KINGDOM
Weight: 180 g
Dimensions: 210mm X 148mm
Code: 52187

1. A spirit reborn 2. Disguised among the amateurs 3. The bandwagon begins to roll 4. The hard way back 5. A frightening dawn 6. A fairy tale come true 7. Senior drama 8. Here we go again 9. The unforgettable finale