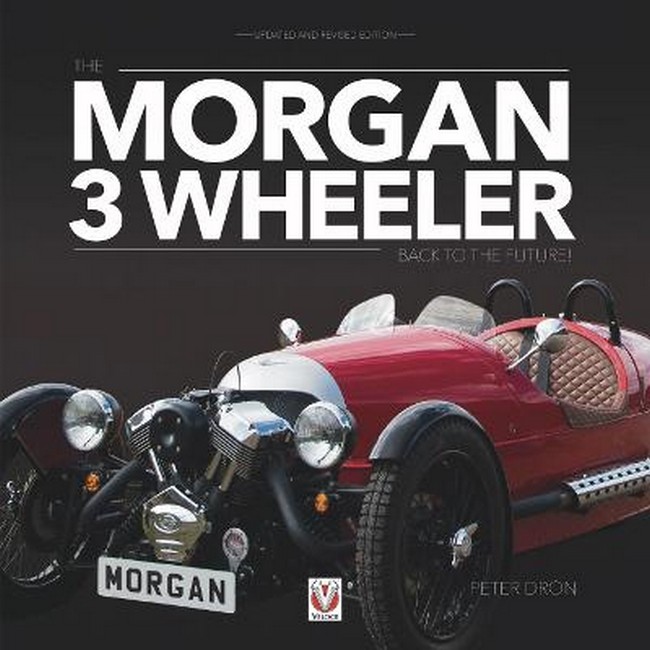 New updated and revised edition! In the early years of the 21st century, the Morgan Motor Company decided to return to the configuration of its origins, with a new 3 Wheeler. One reason for this decision was that it could no longer sell its four-wheelers in the USA, due to the costs of meeting increasingly restrictive legislation on emissions and accident safety becoming prohibitive for a small manufacturer. The 3 Wheeler, classed as a motorcycle, bypasses these complex requirements. By coincidence, an American three-wheeler, the Liberty Ace (itself a modernised recreation of the V-Twin Morgan Super Sports of the 1930s) was selected as the starting point. Morgan then designed and engineered the new model in an astonishingly short period. The management thought it might sell a few hundred 3 Wheelers; however, orders flooded in after its launch at the 2011 Geneva Motor Show, leading to considerable complications. This is the story of how all that happened and how an eccentric sports car with an American engine and a Japanese gearbox is, nevertheless, quintessentially English.

Contents: 1 How the new M3W was born. 2 Morgans original 3 Wheelers, 1911-1952 and why the company stopped making them. 3 Why it was a good idea to revive the M3W in the 21st century. Why do people buy M3Ws (apart from being three parts barmy)? Lack of involvement with modern cars, electronic interference. Speed limits. Back to basics. 4 Other 3 Wheelers, in particular the Triking, which led to the creation of the Liberty Ace; also the stillborn VW GX3. 5 The Liberty Ace. Development, construction, sales. 6 The new M3W is born - engineering and design. 7 The S&S engine. Full technical description. How it differs from a Harley. Power and torque. "Non-interference" design. Induction, exhaust. Tuning possibilities. Factory and "Love Jugs" cooling kits. 8 The driveline - how it differs from Liberty Ace. Compensator, Mazda gearbox, driveshaft, bevel box. Gearchange quality, gearing. 9 Body/frame/chassis. Tubular steel chassis - how it has been strengthened since original. Ash frame, aluminium panels. Body design and structure. Token rollover bars. 10 Performance - claims and reality. And what the press said. 11 Development problems, including Autocar incident. Fuel leaks. Bevel box. Compensator. 12 Interior design, instruments, etc. Different leather choices. 13 First impressions. My mildly terrifying first drive (rain, lorries, low running-in rev limit, etc), 600km in one day. First impressions. What its like to get in and out of. Practicality - or lack of. Appalling turning circle. Whats good/whats bad. Toy Town instruments, especially the rubbish petrol gauge. 14 Dynamics. Ride and handling, brakes. What it is like to drive, whats good about it, whats bad about it; how Morgan has developed it. The bump steer issue. Early Suplex cars, switch to Spax. "Comfort kit", adjustable Spax upgrade, adjustable Suplex upgrade, Empire Racing mod, etc. 15 Tyre choices. Front: Avon, Blockley. Rear: wide choice, and there is no standard factory fitting. What one does not want is a tyre with too much grip, as this will merely increase the tendency to understeer. 16 Things that go bump in the day. Various problems and/or failures suffered by M3W owners since production began and how they have been resolved. 17 The revised 2014 model, including various MMC options, eg black exhaust and/or black heat shield. Bright Pack. Etc. 18 The sales story. UK, Europe, USA, etc. Specific homologation problems, especially Australia. 19 Possible improvements to existing models. Waterproofing, internal noise reduction, cowl clips, raising front of drivers seat, steering wheel spacer, Brooklands aero screen replacements, Fairbourne Aero screens, different steering wheels. 20 What to wear when 3-wheeling. 21 Potential for modified version from factory with windscreen and full weather protection. 22 Are you or are you not a Morgan 3 Wheeler type? 23 Appendix: Morgan family history. Why Charles Morgan was removed from his executive post. Morgans management structure, historically and now. Index

Peter Dron has worked as a writer and contributor to motoring magazines for almost four decades. A regular contributor to the Daily Telegraphs Motoring section, his weekly column ran for seven years, during which time he wrote numerous features and new car appraisals - as well as contributing to many other publications. From 1976-83, he worked at Motor magazine, starting as a road tester, and ending as its feature editor, and after this, he was editor of Fast Lane magazine, launching the magazine in 1984, and leaving in 1991. Peter has also been a successful racing driver ... successful in the sense that it was entirely at the expense of other people!