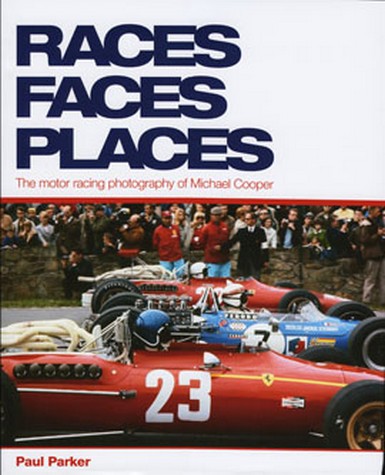 A compilation of Michael Cooper's finest work in both colour and black and white from the late 1950s through to the early 1970s. Contains many images previously unpublished, or largely unfamiliar to today's audience. Unseen behind-the-scenes shots from pit and paddock locations taken at a time when mainly action shots were desired. Well-observed commentary by Paul Parker provides a fascinating insight into the story behind each picture. The late Michael Cooper was an outstanding photographer for various magazines, including Power Slide and Autovisie, and covered most of the European Grands Prix from 1962 to 1970 plus assorted British national events.
Paul Parker is the author of four titles in Haynes's highly rated 'In Camera' series - books on sports car racing and Formula 1 in the 1960s and 1970s. He is a freelance writer and a superb photo researcher, with work published in Octane, Motor Sport, Classic Cars, Forza!, Jaguar World Monthly and The Daily Telegraph. He lives in Switzerland.