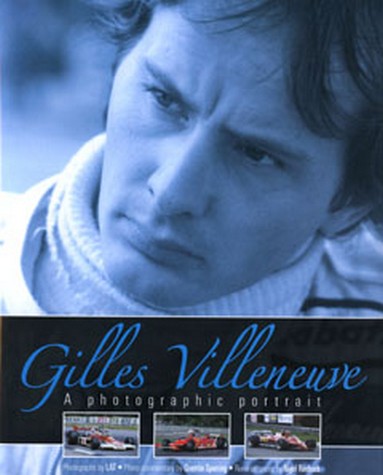 Early career in Canada: after snowmobile racing, he moved to four wheels, first Formula Ford, then Formula Atlantic. Formula 1 debut with McLaren at 1977 British Grand Prix, qualifying ninth - his only drive for the team despite an impressive start. Joined Ferrari for 1977 Canadian Grand Prix, and would stay with the legendary Italian team for the rest of his career. First Grand Prix victory came at Montreal in 1978 - a heroic moment on home ground. Ferrari's great year in 1979 saw Villeneuve take three victories while team-mate Jody Scheckter became World Champion. Villeneuve tamed the fast but unwieldy turbo Ferrari 126CK of 1981 to take two spectacular Grand Prix victories, in Monaco and Spain. Tragic death in the 1982 Belgian Grand Prix at Zolder, a fortnight after Imola bad blood when team-mate Didier Pironi ignored team orders and overtook him on the last lap to claim victory.
Nigel Roebuck (born in 1946, in Manchester, Lancashire, England) is an English journalist. Since 1971 he has reported on Formula One, and is considered one of the sport's most influential writers. Roebuck continues to write for Autosport, plus Autoweek in the USA and a retrospective column in Motorsport magazine. His flowing, laconic and self effacing style is matched only by its insightfulness, honesty and humor, and occasional, heavy-handed reference to UK party politics. In 1982 Roebuck drove a Formula One Renault turbo at Circuit Paul Ricard in France.