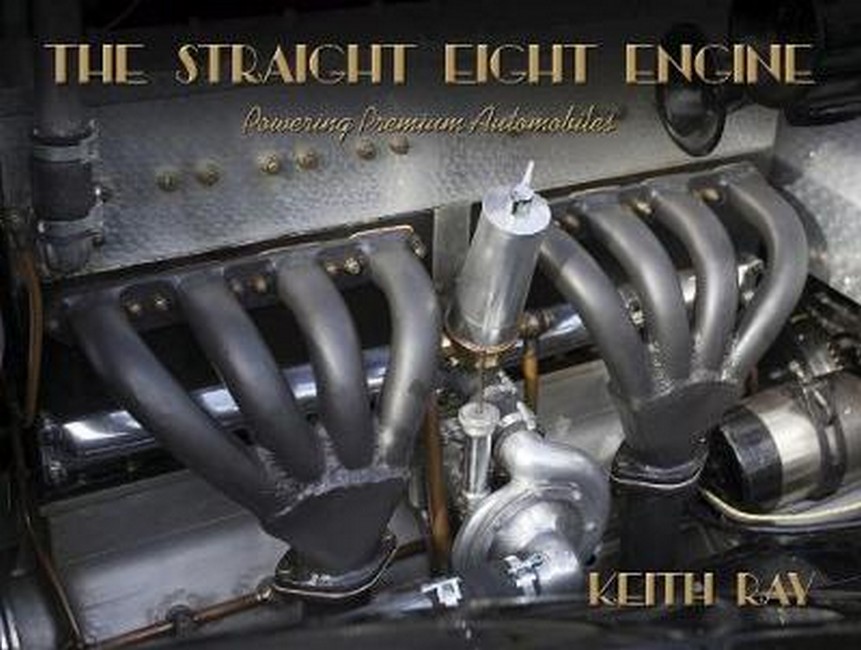 There has never before been a book specifically about straight eight automobiles. This is both a surprise and a pity, as this engine format has brought us some fascinating and quite spectacular vehicles over the years. In Britain and Europe the straight eight was always a rare, expensive up-market car. In the United States there were also many rare, expensive up-market vehicles, but in the U.S. the straight eight in basic side-valve form also found its way into the mainstream ‘mid-range’ market.

Up-market or mainstream, the in-line eight was very much a creature of its time. First appearing in a road car in the 1920s, the straight eight grew quickly in popularity, and flourished throughout the 1930s and the early 1940s. Then it virtually disappeared within just a few years, and by the 1950s only a small handful of in-line eights were available, including some Packards, Pontiacs and Daimlers, as well of course as the hyper exclusive Rolls Royce Phantom IV; although of course that wasn’t really ‘available’....you had to be ‘invited’ to buy one!

New straight eights will never again be seen on the road, totally replaced by the V8, whilst some of the earlier models have become amongst the most sought after, collectible and valuable vehicles of all time.

This book is a tribute to the wonderful straight eights.