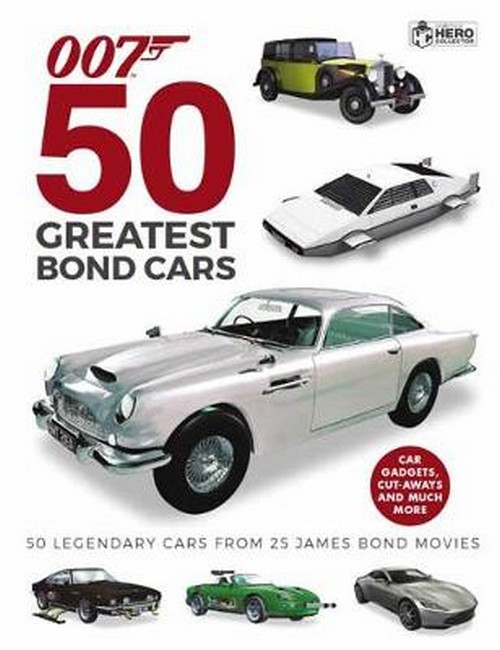 The vehicles featured in this book were driven by - or pursued - the worlds most celebrated spy. Stylish, fast, and specially equipped with state-of-the art gadgets, each is rendered in full color showing the key features that set them among the worlds greatest cars. With facts and figures plus their key scenes and stunts, these are the cars that made Bond movie history. The James Bond film series is one of the longest continually-running film series in history, having been in on-going production from 1962 to the present. In that time Eon Productions has produced 24 films, with the 25th - "No Time to Die" releasing Spring 2020. With a combined gross of over $7 billion to date, the films produced by Eon constitute the fifth-highest-grossing film series. Six actors have portrayed 007 in the series, the latest being Daniel Craig.

50 legendary cars from 25 movies! Includes the cars from the newest No Time to Die movie starring Daniel Craig and Rami Malek.

Simon Hugo is a former senior editor of the official Star Trek Magazine and other film and TV tie-in titles, including Star Wars Insider and Torchwood- The Official Magazine. He has written for Doctor Who Adventures and Doctor Who Monster Invasion, and also authored Marvels Spider-Man- Adventures of the Web-Slinger, published by DK.