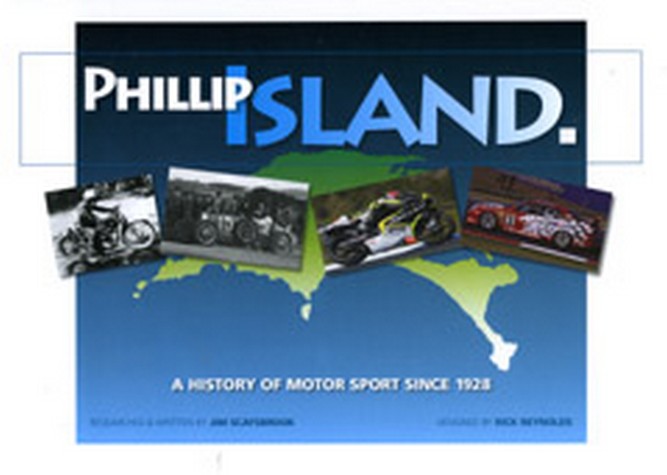 Phillip Island - A History of Motorsport Since 1928

by Jim Scaysbrook Code: 17499 Format: Hardback / 256 pages Publication date: 01/07/2006 Availability: Available. Usually dispatched 1-3 business days Price: AU $59.95
Phillip Island first saw motor racing in 1928, on a circuit using the roads of the island with a lap length of 6.5 miles. The first Australian Grand Prix was held there that year, won by Arthur Waite in an Austin Seven. The GP was there again from 1929 to 1935. Motorcycle racing was also help at the Island from 1928 until World War II stopped proceedings. A proper circuit was built in the 1950s and racing went on from 1956 to 1962 when the Armstrong 500 production car race effectively destroyed the track. This excellent history takes us through those early years and on to the track's two rebirths in 1967 and, after again stopping in 1978, in late 1988. Since 1989, with a short break at Eastern Creek, Phillip Island has been the venue for the Australian Motorcycle Grand Prix, with touring cars, historics and many other major race meetings to make the track a commercially viable proposition. Phillip Island has played a major part in the history of Australian motor racing, on two and four wheels, and this book tells its story.
Format: Hardback
Pages: 256
Illustration: COLOUR THROUGHOUT
Availability: Available. Usually dispatched 1-3 business days
Publisher: HAYNES PUBLISHING GROUP
Publication date: 01/07/2006
Country of publication: UNITED KINGDOM
Weight: 1352 g
Dimensions: 400mm X 300mm
Code: 17499