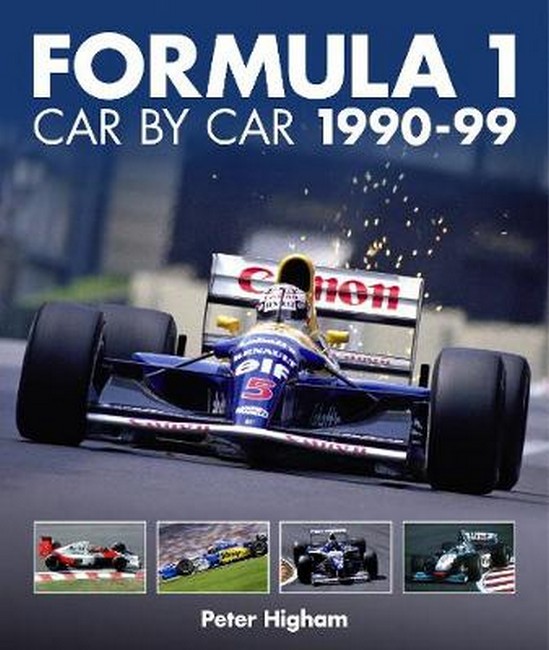 This instalment in Evros decade-by-decade series covering all Formula 1 cars and teams is devoted to a period when some normality seemed to return after the ground-effect and turbo excesses of the 1980s, except for one terrible weekend in the spring of 1994. The tragic deaths of Roland Ratzenberger and Ayrton Senna led to immense change with new emphasis on safety, including measures to slow down the cars and improve their structural strength, and numerous changes to circuits. In many ways Formula 1 became more as we recognise it today, especially as the decades dominant teams, McLaren and Williams, remain familiar. Besides the winning cars, there is always much fascination for fans in unsuccessful and obscure efforts, such as Andrea Moda and Venturi, and this authoritative and comprehensively illustrated book covers them all.

Peter Higham works in motor racing as a freelance writer and project manager. For nearly 30 years he was employed by Haymarket Consumer Media, publisher of motor racing magazines and websites, and for half of that period he was director of LAT Photographic (now Motorsport Images), the worlds largest motor racing photo archive. A motor racing enthusiast since watching his first race in 1973, he has written seven previous books, including the acclaimed International Motor Racing Guide and World Encyclopaedia of Racing Drivers. He has been a columnist for Autosport and Motor Sport and was instrumental in running the prestigious Autosport Awards for over 25 years. He lives in Twickenham, Middlesex.