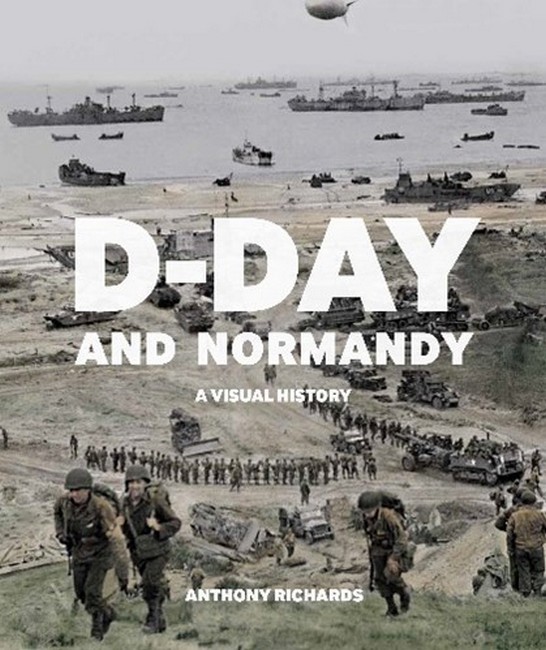 A Visual History by Richards, A. Code: 59277 Format: Paperback / 216 pages Publication date: 08/08/2020 Availability: Future Publication. Pre-order now. Due date: August 2020 Price: AU $44.99
Operation Overlord, the codename given to the Allied invasion of German-occupied Western Europe in 1944, was arguably the most challenging, complicated and risky military operation in history. It began on 6 June with Operation Neptune, the largest seaborne invasion ever seen, when 150,000 troops crossed the Channel and attempted to land on the beaches at Normandy. This assault would lay the foundation for the Allied victory on the Western Front, and is now commonly known as D-Day. This highly illustrated book, first published to mark the 75th anniversary of D-Day in 2019, will reconstruct the historic landings and the resultant battle for Normandy using artefacts, documents, interviews, film, art and photographs from the archives at IWM. Importantly, it will feature first-hand accounts of the action from the vast documents and sound collection, allowing the reader to follow a personal narrative throughout and experience what it was like to live through what was one of the most significant campaigns of the Second World War.
Format: Paperback
Pages: 216
Illustration: COLOUR SECTION(S)
Availability: Future Publication. Pre-order now. Due date: August 2020
Publisher: IMPERIAL WAR MUSEUM
Publication date: 08/08/2020
Country of publication: UNITED KINGDOM
Weight: 0 g
Dimensions: 260mm X 220mm
Code: 59277